Chiropractic is the best for Lower Back Pain
Presented by Dr. Mat Pastore

Read Chiropractic is the best for Lower Back Pain Presented by Dr. Mat Pastore to learn more about Breckenridge Chiropractic and our Chiropractic office in Chester, VA.

In 1993, The Journal of Manipulative and Physiological Therapeutics reports a case of a 15-year-old high school athlete with acute low back pain that began after weightlifting in preparation for a football game. MRI demonstrated disc herniations of the lumbar area. Chiropractic care resulted in long term resolution of the symptoms and the patient returned to playing football.

A 39-year-old patient presented with severe pain in his lower back, radiating into the buttocks, the thigh and left calf and foot. A medical diagnosis of herniated nucleus pulposus at L4-5 and L5-S1 was confirmed by MRI. Palliative medications were administered and rapid surgical procedures were recommended. Chiropractic adjustments were commenced instead. After 4 weeks of care, he showed a 50% improvement and was not using medications. After six months of care, the patient was discharged after a subsequent MRI indicated that a definite focal herniation was not present.

Chiropractic Management of Low Back Pain

The Journal of Manipulative and Physiological Therapeutics, 1998

This is a case study of a 21-year-old female with a history since childhood of grand mal and petit mal seizures (epilepsy) occurring every 3 hours. Examination revealed subluxation at L5-S1, C6-7 and C3-4, retrolisthesis at L5, hypolordosis of the cervical spine (loss of normal neck curve) and hyperextension at C6-7. Chiropractic care was administered and, at an 18-month follow up, “the patient reported her low back complaints had resolved and her seizures had decreased” (period between seizures as great as 2 months).

The Efficacy of Manual Treatment in Low Back Pain, 1986 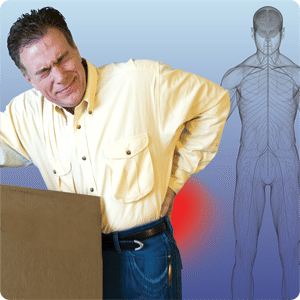 This study reported that “Spinal adjustments outperform conventional care in the most costly low back patients. The percentage of chiropractic patients who were very satisfied with the care they received for low back pain was triple that for patients of family physicians and general practitioners.”

“On the evidence, particularly the most scientifically valid clinical studies, spinal adjustments applied by chiropractors are shown to be more effective than alternative treatments for low back pain.”

The commission has found it established beyond any reasonable doubt that chiropractors have a more thorough training in spinal mechanics and the nervous system than any other health professional. It would therefore be astonishing to contemplate that a chiropractor, in those areas of expertise, should be subject to the directions of a medical practitioner who is largely ignorant of the spine and nervous system simply because he has had no training in them.”

“The benefit of chiropractic treatment became more evident throughout the follow up period…Chiropractic was particularly effective in those with fairly intractable pain; that is, those with a history of severe pain and loss of normal function.”

Remember, this month’s Theme of the Month at Breckenridge Chiropractic is Low Back Pain. This month, all of your friends, co-workers and family members who are battling with Low Back Pain are entitled to an initial subluxation check-up. Be sure to speak to a member of our team to get your “New Patient Welcome Packet” that you can give to the friend, co-worker or family member that you have in mind.